Canon developing 150MP camera? There IS smoke to this fire… 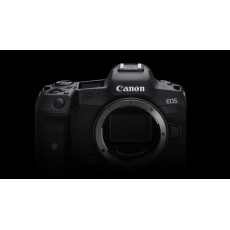 Five years ago, Canon announced a 120MP DSLR – so the new rumor of a 150MP EOS R isn't THAT crazy

Here's a crazy rumor for you: Canon is developing a 150MP version of the Canon EOS R. Want to hear something even crazier? There is good reason to believe that this is entirely true.

In January 2019 we heard stories that a 100MP EOS R was being developed, and now the word from Canon Watch is that we could be looking at 150MP instead. So, why believe either of these stories?

It's simple: in September 2015, Canon announced development of a 120MP DSLR.

"Featuring a resolution of approximately 120 effective megapixels, the SLR camera now being developed will incorporate a Canon-developed high-pixel-density CMOS sensor within the current EOS-series platform, which will realize compatibility with the Company’s diverse interchangeable EF lens lineup," said the company.

"The high-resolution images that the camera will be capable of producing will recreate the three-dimensional texture, feel and presence of subjects, making them appear as if they are really before one’s eyes. The camera will facilitate a level of resolution that is more than sufficient for enlarged poster-sized printout while also enabling images to be cropped and trimmed without sacrificing image resolution and clarity."

So, we know for a fact that Canon was working on a 120MP CMOS sensor for the EF system 5 years ago. In fact, it was so confident in its development that the manufacturer publicly announced the technology. With five more years of research and resources, plus five years of technological advancement including a totally new camera system, it stands to reason that this project has significantly raised its sights.

Will this supposed 150MP marvel – which could be the highest resolution camera ever, overshadowing even the Fujifilm GFX 100 and Phase One IQ4 – see the light of day? Obviously we don't know. But as the old saying goes, if anyone can…

comments to "Canon developing 150MP camera? There IS smoke to this fire…"