The Canon EOS 500N is also known as the EOS Rebel G in the Americas or the New EOS Kiss in Japan. Sometimes it's referred to as the EOS Kiss 2 as it followed the release of the EOS Kiss in Japan. This camera was released in 1996 and replaced the EOS 500. The Japanese version of the camera had the date back as standard. Its successor was the EOS-300 / REBEL2000 / Kiss III, released in 1999.

There are not too many changes in this model compared to the original. A few new features include compatibility with ETTL type flash. It still has the same 1/90 of a sec sync speed of the previous model, but when equipped with a Canon Speedlight such as the 380EX, 220EX it can be used at 1/2000 of a sec. Focus has improved a bit as as a AF assist light is now available. Auto Exposure Bracketing (AEB) can be use from -2 to ++2 in 1/2 stop increments. The command dial now has a easier to access night scene mode. The body is able to use the BP-8 vertical grip that can also accept four AA batteries. 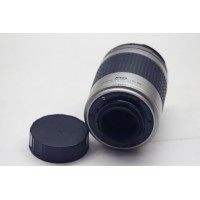 For most NIKON SLR & DSLR. If you use this lens on Nikon SLR-35mm film camera or DSLR with full .. 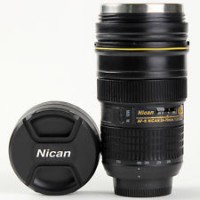 This is a must-have collectible for die-hard photography fans and camera gurus.  The mug is a .. 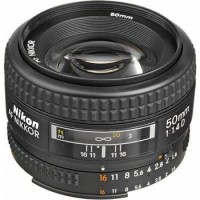 At just a few ounces, it is extremely light and portable, making it great for outdoor adventures. Th..

Camera in good working condition full test is made.Document your incredible moments with this Canon ..