Hello its first Camera museum in Ireland based in Cork, small area in our shop warehouse for around 200 cameras you can visit it in PhotoClub7910. 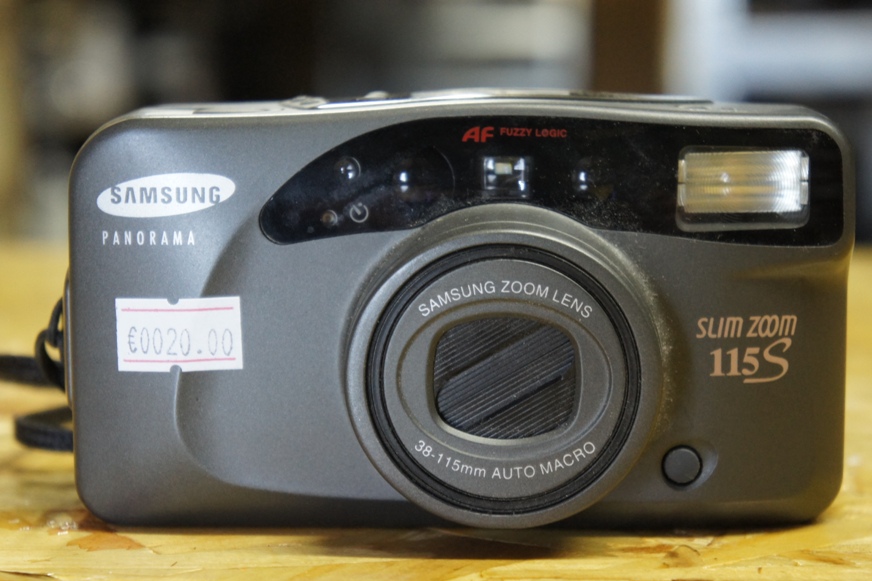 Mavica (Magnetic Video Camera) was a brand of Sony cameras which used removable disks as the main recording medium. In August 1981, Sony unveiled a prototype of the Sony Mavica as the world's first electronic still camera.As with all Mavica cameras until the early 1990s (including later models sold commercially) this first model was not digital. Its CCD sensor produced an analog video signal in the NTSC format at a resolution of 570 × 490 pixels. Mavipak 2.0" disks (later adopted industry-wide as the Video Floppy and labelled "VF") were used to..
Read More
Minolta Riva Zoom 105i
Posted by WoW Price | On 25.05.2018 | Updated on 25.05.2018 | Added in Camera Museum |

This camera has a 35mm to 105mm zoom lens, that is quite bright for a camera of this type (f1:4 at 35mm and f1:6.7 at 105mm). It is fully automatic: exposure between 1s and 1/500th, automatic flash and automatic… zoom! This unusual automatic zoom mode is called APZ(Advanced Power Zoom): an infra-red sensor located below the finder  tries to fill the frame to the best, by modifying the focal length! The APZ mode is of course optional, the user can choose not to use it.On top of this very special APZ system, the camera has quite a lot of features for an early 1990s compact camera: electroni..
comments on this article - view comments
Read More
Canon Sure Shot AF 7
Posted by WoW Price | On 22.05.2018 | Updated on 26.05.2018 | Added in Camera Museum |

Film CamerasIX 240 Lens-Shutter CameraIXY 230ELPH LT270IXUS Z65MarketedFebruary 2001Original Price36,000 yenDespite the increasing move to digital photography, many new film-based models continue to appear. The latest APS camera to hit the dealers' shelves is the Canon Ixus Z65.The Ixus Z65 is compact (95x64x34.5mm) and lightweight (180g) APS (Advanced Photo System) camera with a 2.7x zoom equivalent to 30-81mm on a 35mm camera. The camera features a 3-point autofocus  system which allows it to determine the main focal point when it's not in the centre of the frame. Exposur..
comments on this article - view comments
Read More
Praktica zoom 950 AF
Posted by WoW Price | On 17.05.2018 | Updated on 26.05.2018 | Added in Camera Museum |

The Espio is a autofocus 35mm compact camera introduced by Pentax in 1992. It is part of the Pentax Espio IQZoom series. A similar version was also called IQZoom 70XL released a couple of years later.It uses a 35 to 70mm f/4.3 to 8 powered zoom lens comprised of 8 elements in 7 groups. It is able to focus from 0.6m to infinity. A focus confirmation LED is by the viewfinder.The top center of the camera has a LCD setting screen with exposure counter dominating the display. On the right of the screen are buttons for infinity focus and drive mode. The drive ..
comments on this article - view comments
Read More
Olympus SuperZoom 70G
Posted by WoW Price | On 06.05.2018 | Updated on 08.03.2019 | Added in Camera Museum |